Hypnotising concert night on the intersection of technology, film and light art

After a successful first edition, audiovisual art platform FIBER and The Rest is Noise return with a new concert night on Friday January 5 2018. This evening will bring the most exciting acts on the intersection of technology, film, lights and contemporary electronic music. Including three unique AV-shows by Demdike Stare & Michael England, Alessandro Cortini and Macular. Observe and listen to how artists and musicians perform together, and immerse yourself in dreamy visual worlds full of colourful sequences.

Prior to the concerts, there is a pre-concert talk with the artists and musicians regarding their work and how these audiovisual experiences are realised (free entrance). Moderation by Kristina Andersen. 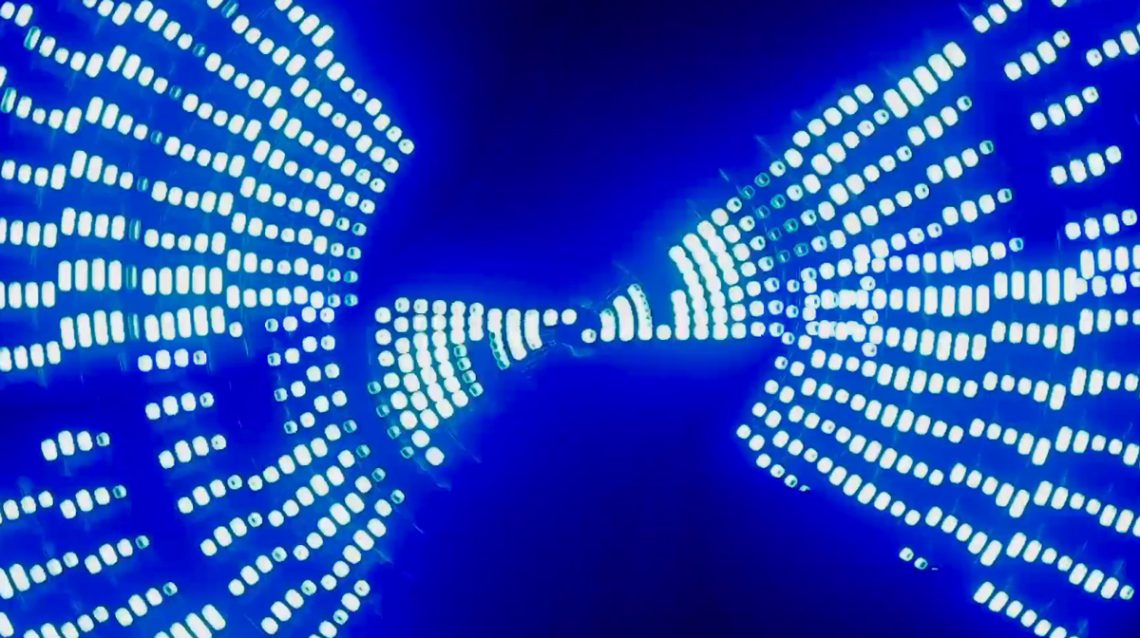 International break-through artists Joris Strijbos & Daan Johan (NL) of Rotterdam-based media art collective Macular, have developed a new version of their installation performance Phyllotaxis, specially for FIBER x The Rest is Noise. With their one of a kind robotic and kinetic light-instrument, they compose hypnotic audio-visual patterns that seem to float on air. Early versions of their works were on view during FIBER Festival, Berlin Atonal and Into The Great Wide Open. Phyllotaxis II is their new and even bigger version, which provides a brand new composition. 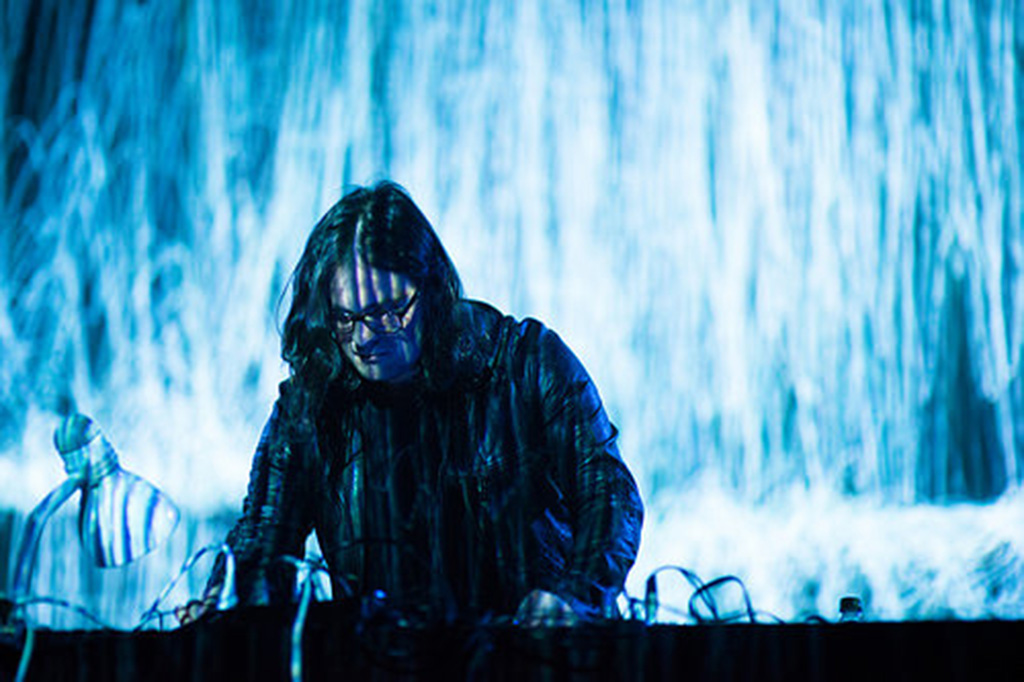 Italian-born Alessandro Cortini is one of the new true masters of sound. The synth expert is probably best known for his work with Nine Inch Nails on and off between 2005 and 2017, touring and recording with the band, playing synth and guitar. Drawing inspiration from the likes of Donald Buchla, Suzanne Ciani and Charles Cohen, and the emotional possibilities of sound, Alessandro Conti’s music takes you on progressive paths of discovery.

With cinematic fluidity, Alessandro Cortini (Hospital Productions, Important Records) acquaints music with memory, embracing the panorama of his family’s vintage Super 8 films. These snapshots of family life, captured by his grandfather, create a visual basis for him to further develop the melancholy of remembrance as sung by his instruments. The project began as a simple improvisation (utilizing a Synthi AKS) and evolved into a meditation on living memory through sound. The sonically expansive musical canvas compliments these filmed scenes to create a memoir, linking a visually remembered past with an expressively interpreted present, pointing forward and moving ahead, AVANTI, in Italian, carrying the listener down a long labyrinth path collective of these moments that shape one’s’ life journey. Archival visual compilation, content curation and arrangement by Sean Curtis Patrick, continuing from Cortini’s previous Sonno and Risveglio projects. 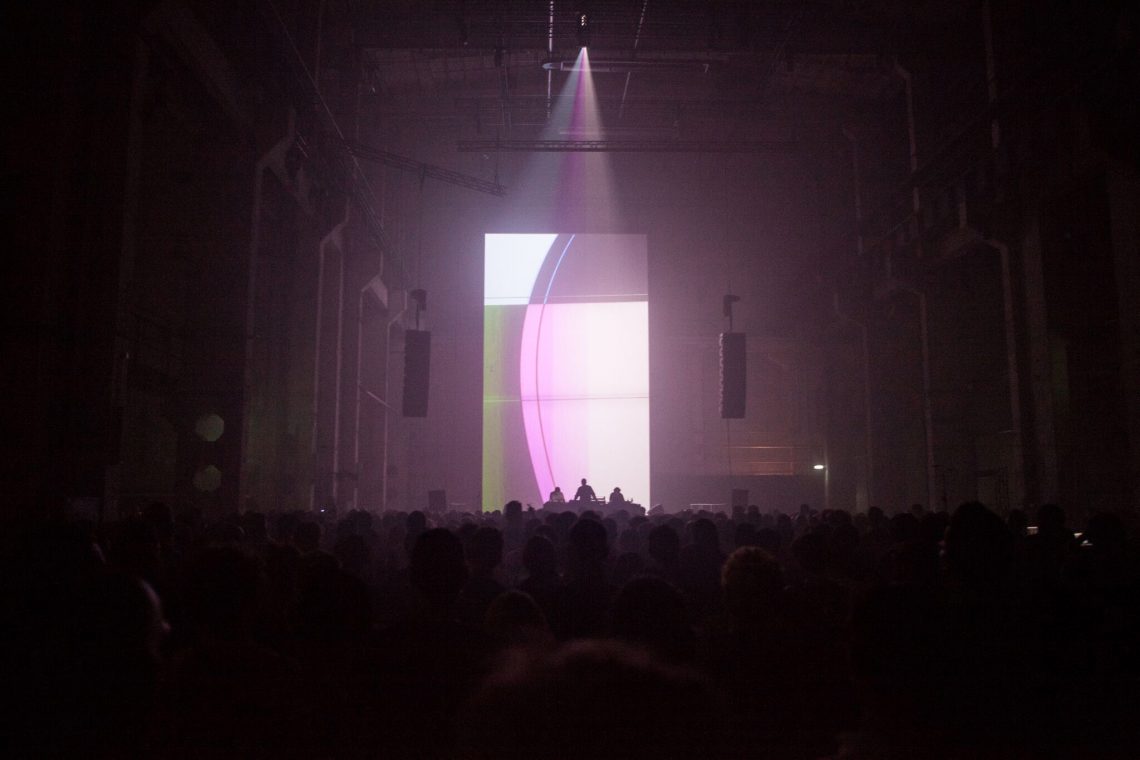 The English duo Demdike Stare (UK) are internationally known for their innovative and unconventional compositions, inspired by ‘90s jungle, drum ’n bass, industrial and ambient techno. This evening they work together with filmmaker Michael England (UK) to bring a confronting AV show with found-footage from museum film archives. The audience is confronted with different media and cultural contexts: from abstract celluloid patterns, noisy VHS recordings of the English landscapes, iPhone selfies to HD close-up facial expressions from Butoh and Hip-Hop dancers. 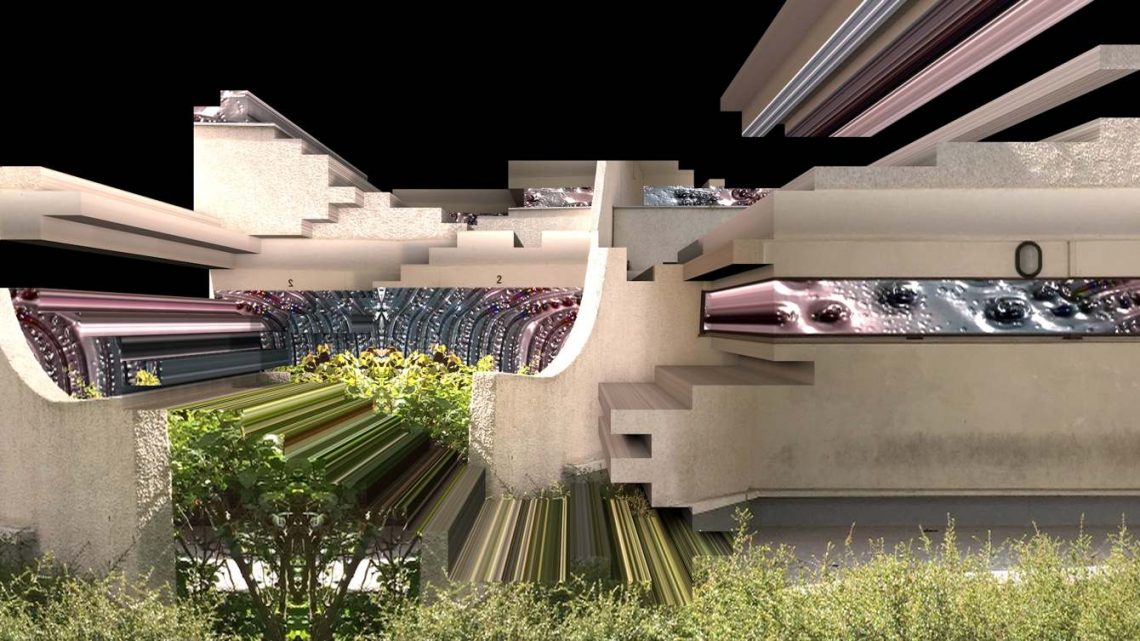 For the very first time the video installation Machine for Living (2017) by media artist Sabrina Ratté is presented in Zaal 2 of the Muziekgebouw aan ‘t Ij. Sabrina Ratté’s video practice investigates virtual environments generated by analog technologies. Electricity, as raw material, is sculpted, transformed and altered digitally to be reborn as luminous and vibrating architectures. Her videos exist between abstraction and figuration, utopia and dystopia, architecture and landscape. Her works include installations, prints, sculptures and live performances. The video installation Machine for Living (Sound by Roger Tellier Craig) investigates the architecture of the new towns (Villes nouvelles) and brutalist habitation buildings in the surroundings of Paris. 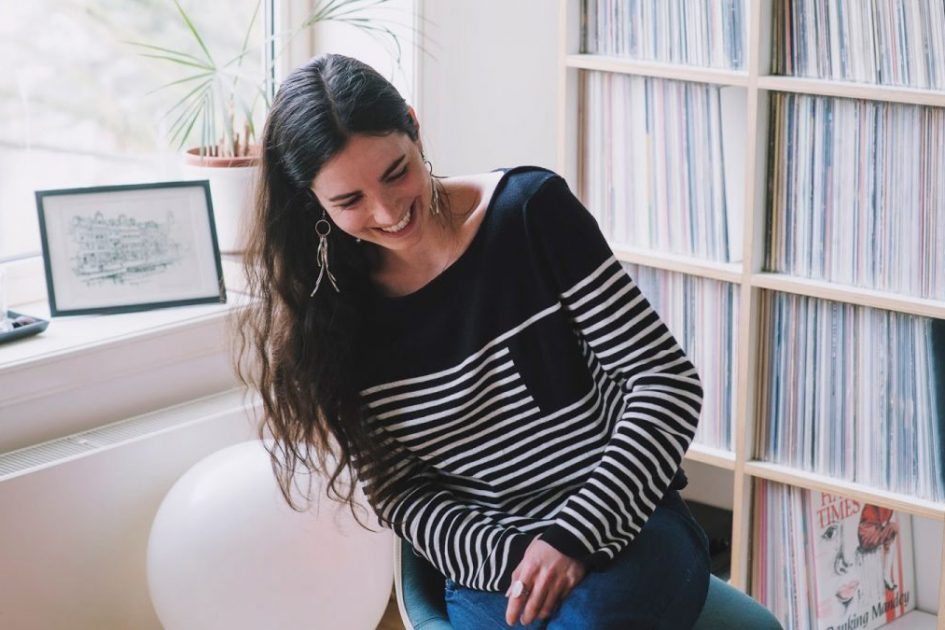 Izabel, founder of Amsterdam based record label Lullabies for Insomniacs, cites a lust for traveling and exploration as her main artistic inspiration. After leaving her native Melbourne for Europe she now infuses various projects with her uniquely eclectic taste. She hosts a monthly radio show on acclaimed station Red Light Radio and enjoys a DJ schedule that sees her playing all over Europe. Apart from being an excellent DJ, the Lullabies For Insomniacs (LFI) record label is a gem on it’s own.